Why consumers remain in strong support of ATMs 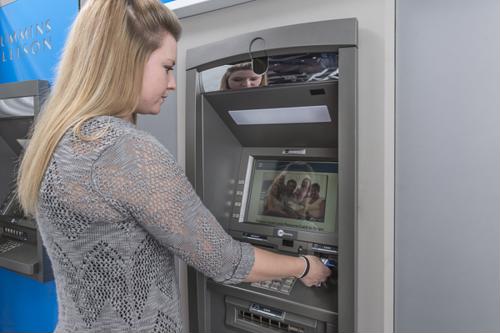 While new technologies are being introduced into the banking sector every day, customers remain in staunch support of ATMs.

According to 2015 data from the U.S. Federal Reserve, 75 percent of Americans use ATMs for day-to-day financial tasks. This number represented an increase from 2012, when 74 percent of people used ATMs for everyday monetary needs. This upward trend has been visible in all aspects of ATM use. A study done by Retail Banking Research reported that in 2014, the U.S. was home to over 430, 000 ATMs. Spread across over 100,000 bank branches, these machines dispensed $691 billion worth of bills to customers over the course of 5.6 billion transactions. The total amount of money withdrawn from ATMs increased by 4 percent, or $25 billion, between 2013 and 2014.

Growth in the demand for ATMs is a worldwide trend. The San Antonio Business Journal reported that there are around 3 million ATMs currently in use around the globe. Many nations in Africa, Asia and the Middle East have been greatly increasing the number of machines as their residents demand more access to cash withdrawal and other financial transactions.

Provide ATMs to give customers what they want and need

Why are so many people in strong favor of ATMs? For some, they represent a reliable middle ground in the vast, often intimidating technological landscape. Digital banking tools can be too inaccessible for people who don't own smartphones or computers or those who don't consider themselves to be especially tech-savvy. Many older consumers, for example, are often deterred by the concept of going completely paperless with their money. ATMs are familiar, user-friendly and simple to operate. Customers who may feel like they're making errors while managing their money online can perform the same actions at an ATM with some added peace of mind. After all, people have worked hard for their cash, and they want to feel confident that it's being handled according to their expectations.

Conversely, ATMs still provide modern technological independence by saving consumers a trip inside the bank to speak with tellers. People enjoy taking care of their basic financial needs without having to formally enter a bank or talk with an associate. This saves the bank time, energy and money as well, as their staff members can put their expertise to use on more complex money issues, like issuing loans and mortgages.

The San Antonio Business Journal spoke with a number of ATM industry professionals about why ATMs continue to steadily gain more support. The source explained that economic factors like low credit limits, stricter lending regulations and more stringent rules concerning surcharge fees have prompted many consumers to up their use of physical currency, and ATMs are the simplest way to obtain the bills they need.

"ATMs are ubiquitous. [Customers] expect to have them available. As we have made some acquisitions of credit unions in other markets, we've acquired their ATMs and included them in our network," a credit union spokesperson told the source. "Customers want secure, fast and convenient access to their money 24 hours a day," added a senior level retail banking professional.

Immediate, reliable access to money is perhaps what people appreciate the most about ATMs. In a world where paper money is still an everyday necessity, consumers need to know they can always withdraw bills - whenever, and wherever. By adding ATMs to their branches, financial institutions can increase customer satisfaction and build trust with consumers.