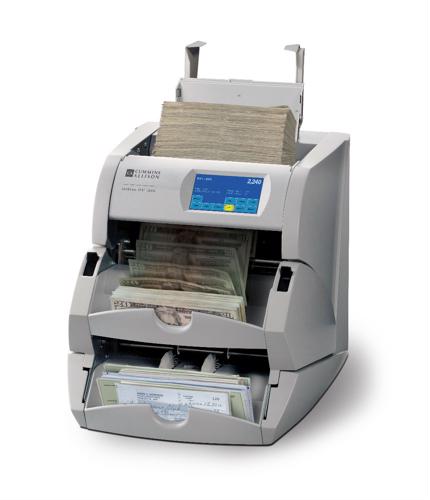 Counterfeiting continues to be a major issue all around the globe - even in countries with reliable access to cash counters. Worldwide, people are manufacturing fake versions of popular clothing, shoes, electronics and, perhaps most critically, cold hard cash.

The production of counterfeit money isn't breaking news - in fact, it's been a serious economic issue since societies started assigning values to physical currency. Many governments have added subtle, detailed enhancements to bills and coins in order to complicate the currency replication process, but counterfeiters have adopted more sophisticated production techniques as well. This means that plenty of inauthentic tender gets injected into the global economy every year.

Read on to learn more about which international currencies are most often replicated, and discover tips for how you can safeguard your business from fake cash.

Where money counters can fight back

The U.S. dollar
There's no doubt about it - the U.S. has a fake cash problem and not just within its borders. Marketplace reported that throughout the world, there's an estimated $147 million worth of counterfeit U.S. dollars in circulation. Foreign currency fakers are more likely to reproduce the U.S. $100 bill, explained the source, while domestic counterfeiters focus their efforts on making inauthentic $20 notes.

A report from the U.S. Secret Service - the agency responsible for identifying and halting the production and use of fake currency - reported that throughout 2015, 796 people were arrested on counterfeiting charges. In total, nearly 150 manufacturing operations were shut down and almost $60 million in fake cash was seized.

Notably, Marketplace reported, fake bills are a far more pressing issue than fake change within the U.S. The replication of coins tends to be reserved for the collectible versions, as opposed to everyday tender.

Fortunately, businesses in the U.S. can take advantage of state-of-the-art counterfeit-fighting technology in the form of money counters. These tools are your best defense against the rampant, ongoing issue of fake U.S. currency.

The Chinese Yuan
Like the U.S., China's currency gets replicated quite a bit. The Wall Street Journal reported that in 2014, Chinese authorities seized 532 million Yuan, or over $77 million, in fake cash. This figure represented a notable 25 percent uptick in counterfeiting from just one year earlier. This bump was likely due to an increase in the reproduction of smaller bills in addition to 50 and 100 Yuan notes, which have long been favored by counterfeiters.

To fight back against this rapidly growing problem, the country introduced new 100 Yuan notes in 2015, reported the source. The updated bills feature multiple security strips, a new serial number strategy and color-changing ink.

The European Euro
It's no surprise that the Euro, the currency used by many members of the European Union, is a prime target of the international counterfeiting community. According to a press release from the European Central Bank, nearly 1 million fraudulent Euros were taken out of circulation over the course of 2015. The vast majority of this tender was in the form of 20 and 50 Euro bank notes.

Fortunately, Europe's counterfeiting issue appears to be on the decline. The European Central Bank reported that 2 percent fewer fake bills were found during the second half of 2015 compared to the first six months of the year. Overall, the Euro marketplace is still overwhelmingly dominated by real currency, and fake bills aren't making a severe dent in this financial ecosystem.

In November 2015, a new 20 Euro note was introduced to further stifle the production of fake currency across the continent. According to the release, these updated bills feature "innovative security features" that will make their replication a more difficult process.