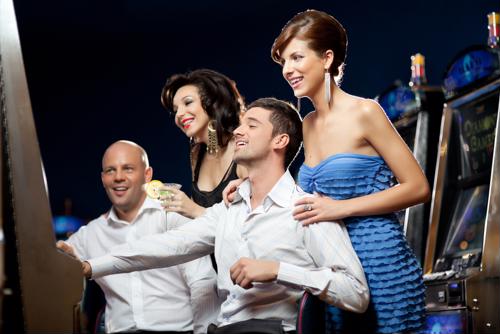 Money and ticket counters are often the final machine a customer faces in a casino. This tool provides a winner with the money they earned from the games they played. When they hit the cash desk, they want to be out as quick as possible so they can spend the money - either on more games or on treats such as drinks at the bar, food at the restaurant or extra care at the spa. The ticket-in, ticket-out technology that incorporates barcode scanning helps make that a reality, improving the customer experience for everyone. As more people look to play machine-based games such as slots, this particular matter will become more important in the years to come.

In order for casinos to function, they have to offer multiple choices in games and betting. It becomes a major balancing act, especially if one section of the casino performs well while another underperforms on any given day. There can be lots of machine-based games such as mechanical slots and video blackjack while table games may be at a minimum. The reverse can also happen. Striking the right balance can mean the difference between a profit and a loss every quarter.

One casino profits greatly from the slot side of the business skewing to their favor. World Casino News reported on the success of the Las Vegas Cosmopolitan Casino. Back in 2014, the casino struggled to make money off its business despite launching in 2010. After a real estate company bought it out, new management turned operations around. The casino earned profits for the second consecutive quarter with $4.7 million in revenues for the third quarter of 2015. The same quarter in 2014 saw a loss of $15.3 million. This was in spite of the resort suffering a fire in one of its pools over the summer of 2015.

The main reason for the success of the business was immense growth in the slot and video machines section of the casino. While table gaming revenues fell by 8.7 percent, slots provided massive pull with a nearly 22 percent increase. With profits driven by games with tickets heavily involved, there's likely a need to increase the number of money and ticket counters at the cash desk. These machines can quickly sort out tickets and winnings, an important part of operations. With such a great number of people likely enjoying slot machines, creating efficiency in this aspect of operations will be essential because it saves time and improves the customer experience.