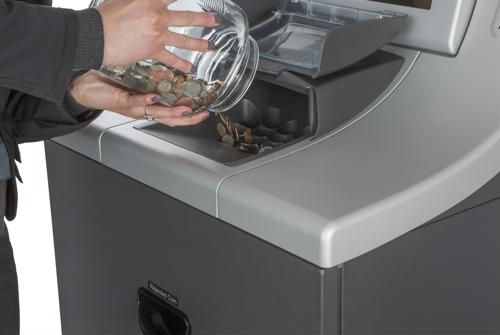 The convenience offered through tools such as self-service coin counters fits right in with the overarching dedication to quality member service at credit unions throughout the U.S. Managers at these financial institutions should introduce these machines in their branch lobbies to attract more visitors and generate larger revenue streams.

Credit unions have always set themselves apart by offering personalized financial services to members of local communities. It's this kind of small-business mentality that Callahan and Associates argued is behind the steady growth in membership numbers nationwide in the past two decades. Since 1993, the total number of members at these establishments has increased by more than 50 percent. Credit unions provided consultations and services to 97.5 million members in 2013. The monetary value of each average client relationship was also worth two-and-one-half times more than it was in 1993, the website revealed.

Credit union satisfaction continues to grow
Americans have made it clear that they enjoy working with credit unions. In fact, Credit Unions Online reported that the 2013 "American Customer Satisfaction Index" found 85 percent of respondents believe these financial institutions excel when it comes to convenience and quality of service. Teresa Freeborn, president and CEO of a credit union based in El Segundo, Calif., told the publication that the ability to add value to the member experience is critical for establishing long-term relationships.

With such a high level of satisfaction among existing members, credit unions have an obligation to continue offering unique services. Financial institutions have several options when it comes to improving the member experience. However, managers shouldn't overlook the importance of investing in self-service kiosks to place in the lobby. For example, coin counting machines have the unique ability to increase in-branch traffic by offering members an extra incentive to  take a trip to their local credit union. These individuals can quickly and easily convert the loose change they've saved up in jars at home into cash that they can readily use for their own spending purposes. However, once they're in the lobby, they may also be more inclined to consult the variety of other services available at the establishment. Getting people through the door is an important element of running a credit union. Convenient tools available in the lobby serve as a subtle marketing strategy to attract more members in the long run.