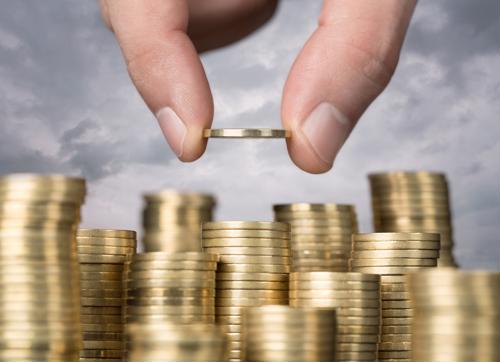 Grocery stores are major additions to a community, and one way to cement them as social fixtures is by providing a self-service coin counter so that people can take care of some of their banking needs at the same place they shop.

As a rule, people like grocery stores. They consider them to be parts of the local economy, as well as hubs for local community organization. When there isn't a grocery store around, people will advocate for one. The West Oakland neighborhood of Oakland, California was missing a grocery store since 2006, but many people are singing the praises of a large grocer that will open soon, courtesy of Tom Henderson, a major real estate investor in Oakland. He is buying a three quarter-stake in the shopping center, and expects to make a lot of money.

Grocery stores that enter new neighborhoods can always get started on the right foot by making sure they offer self-service coin counters that are able to exchange change for cash dollars. People can use the dollars to shop inside the store.

Even pre-existing stores that are growing may wish to add these amenities as part of their expansion plans. One such grocery that is expanding is the Downtown Market in Asheville, North Carolina. This is actually part of a general expansion plan happening in the building, which is 45 S. French Broad Avenue. The entire structure is being renovated, with a brewery, two bars and a Thai restaurant going up along with the expanded grocer.

People don't always get the chance to bring their change to the bank, and being able to bring the money to a self-service coin counter at the grocery store helps to kill two birds with one stone.