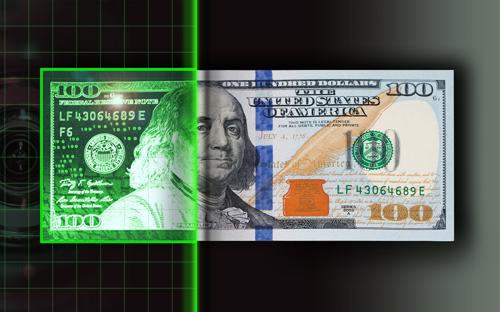 As the U.S. dollar grows in value, counterfeiters are catching steam, and cash counters could help quell the issue. InSight Crime reported the rising value of the U.S. dollar coupled with economic hardship in Venezuela has translated to a spike in organized counterfeit crime, according to Colombian authorities.

According to data from the World Bank, one U.S. dollar was equal to roughly 2,000 Colombian pesos a year ago, a number that has increased to more than 3,300 pesos currently. One thing that has remained stable, however, is the cost to produce fake dollars, an activity that is quite profitable for fraudsters. As the counterfeit industry in Colombia becomes more lucrative, thieves are also taking advantage of an economic crisis in Venezuela, where there is high demand for fake money on the black market.

As Insight Crime noted, counterfeiters around South America have developed sophisticated techniques for producing forged money, and Peru has become particularly worrisome for the U.S. Secret Service. Even in the case of successful operations against counterfeit cash in Colombia, an unintended consequence has been the relocation of these illicit activities to Peru.

Money counters in the U.S are part of the solution

Retailers, airports, border control offices and municipalities must invest in cash counters equipped with counterfeit detection technology. In 2013 alone, $88.1 million counterfeit dollars were seized in the U.S., a 9 percent increase from 2012. Additionally, operations that used to be considered sophisticated are now rudimentary to fraudsters, so more people have to ability to reproduce money on fake notes.

More importantly, InSight Crime explained that much of the fake money produced in Colombia and Peru is making its way into Venezuela and ultimately being used to pay for vacations in North America. As a result of the rise in counterfeit activities and increased flow of fake money into the U.S., business owners, border control and other interested parties must be prepared to combat the trend.

Currency processors of all kinds should be equipped with the most advanced counterfeit detection tools, which include:

During a time when fraudsters are leveraging advanced counterfeiting techniques and creating fake money that makes its way into U.S. borders, people who accept and process cash must be equipped with the technology to eliminate counterfeit money from the economy.