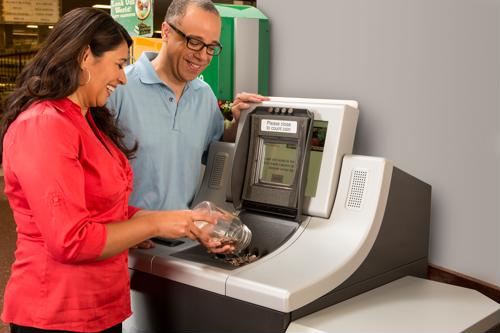 In retail locations like grocery stores and supermarkets, automated technologies like self-service coin counters have proven to be an effective way for businesses to save money and improve performance. At the same time, point-of-sale systems are also providing consumers with added benefits by making more of the processes traditionally done by employees more efficient.

Given the advances in technology, more retailers are expected to invest in equipment that eliminates many redundant job functions that machines are better at completing. According to recent research published by MarketsandMarkets, the international retail automation market is predicted to reach more than $275 billion over roughly the next five years. In other words, that's a nearly 17 percent rise at a compound annual growth rate.

According to the report, unattended POS terminals are one of the biggest sources of growth in the market because of the convenience they provide consumers who may be in a hurry and making low-ticket purchases.

In retail locations such as grocery stores and supermarkets, coin counters are becoming an increasingly common sight for shoppers. A big reason for this is that shoppers appreciate the value-added service. For instance, the Cummins Allison Money Machine 2 is an efficient and accurate piece of equipment that gives shoppers the chance to redeem their coins, and it generates an alternative source of revenue for the retailer through the fees associated with the service.

Another key attribute of this type of automated technology is that it facilitates higher spending once the customer redeems the coins for cash. Shoppers with paper money in hand are more likely to purchase items when they're already in the retail space.

Grocers and supermarket owners can participate in the transition to greater automation by integrating self-service coin counters and creating new revenue streams.