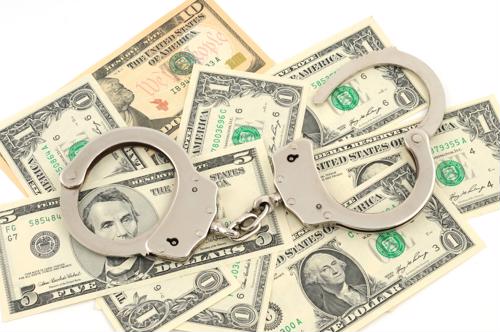 A rash of counterfeit bills are being passed in Northeastern Pennsylvania,and cash counting machines are proving to be valuable tools for law enforcement. Pennsylvania State Police are urging residents of Monroe and Northampton counties to be aware as several instances in the past few days have left merchants and residents on high alert. Lalena Stirr,  owner of a local Farmer's Market, told television station, WFMZ, that while she's not been victimized, many of her colleagues have been hit.

"There's an influx of counterfeit hundred dollar bills," said Stirr. "They do look very real, and actually, the counterfeit pens you see them use at the supermarket, they're even passing as real through there."

Cash counters help
Stroud Area Regional police and their counterparts with PSP said they have videos of one suspect who's passed six bills at area businesses since May. Police also been able to seize some fake cash, as well. Making sure the bills are counted quickly and accurately is something that used to take lots of manpower and time, but with state-of-the-art money counters, police can minimize that strain on their resources and maximize efficiency.

Police are saying the rash of reports has extended down into the next county and even as far west as Allentown in neighboring Lehigh County. Because digital scanners and printers are now so advanced, police believe that some of these counterfeiters are using home equipment to create the bogus bills. That's light-years away from the times when printing presses were needed to create counterfeit money.

By employing cash counters in the fight against counterfeiting, police are able to process any seized bills for evidence and accounting purposes and streamline their backroom counting capabilities. They can also free up resources to fight the cash criminals in Northeastern Pennsylvania.