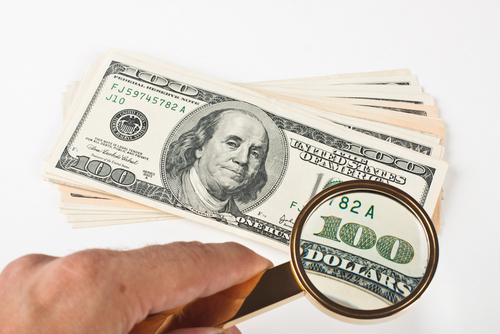 Counterfeit money is becoming a serious issue in the U.S., necessitating money counters as the first line of defense. These devices give businesses more protection so employees can handle this issue more quickly.

The U.S. Secret Service recently arrested 13 suspects in a large-scale counterfeiting ring, Bloomberg reported. The group was charged with distributing more than $77 million in fake $100 bills along the East Coast. The organization had been in operation since 1999. The Secret Service seized two printing presses and $2.5 million when the arrests were made. Because the operation started in Israel, the Secret Service spent two years investigating the case and trying to detect the counterfeiters.

The agency was first alerted to the presence of the counterfeit bills in May 2012 when four fake C-notes were discovered at a Loan Max in northern Virginia, according to Businessweek. The Secret Service was able to trace the bills back to the person who originally passed them.

U.S. Secret Service Director Julia Pierson said the case was frustrating because the notes weren't detected until they entered the banking system. The counterfeit bills were highly sophisticated, and the group managed to copy the more advanced security features on modern currency, including 3-D ribbons, Businessweek stated. The agency has been fighting counterfeiting since 1865. At that time, the issue was mostly limited to master forgers with access to the right type of printing press. However, people can make passable imitations today with a laser printer, though these bills are typically easier to detect with the naked eye than more sophisticated copies.

Money counters offer more protection to businesses as this issue continues. In the last fiscal year, the Secret Service seized $157 million in counterfeit bills, highlighting the prevalence of this problem, according to the article.