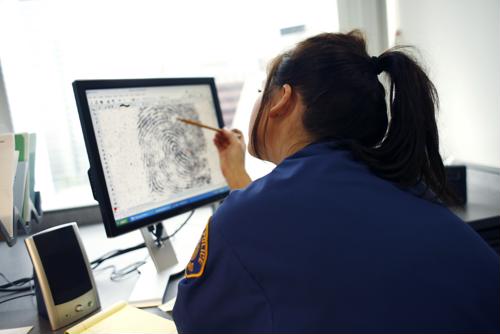 Quality money counters can be an essential part of day-to-day operations for law enforcement agencies across the country.

Despite what fictional movies and television shows would have the general public believe, most law enforcement officers' jobs are not focused on chasing down suspects in the streets. For instance, one report from university researchers titled "Policing Neighborhoods: A Report From Indianapolis" found that only 25 percent of officer time included encounters with the public. Meanwhile, 10 percent of officer time was devoted strictly to administration duties, something counting counterfeit money would likely fall under.

The JetScan iFX currency scanner gives law enforcement personnel the tools they need to complete this job efficiently and effectively. The device counts, scans and records serial numbers at a rate of 1,200 bills per minute.

Additionally, these money counters are completely portable, meaning officers can take them out into the field to help keep the chain of custody intact and process currency sooner.

This feature is especially important, as experts agree that protecting crime scenes is essential for law enforcement.

"The most important aspect of evidence collection and preservation is protecting the crime scene," stated George Schiro, a forensic scientist at the Louisiana State Police Crime Laboratory. "This is to keep the pertinent evidence uncontaminated until it can be recorded and collected. The successful prosecution of a case can hinge on the state of the physical evidence at the time it is collected. The protection of the scene begins with the arrival of the first police officer at the scene and ends when the scene is released from police custody."

When counterfeit money is part of the evidence being recorded, having a device that allows officers to work directly from the crime scene is vital.