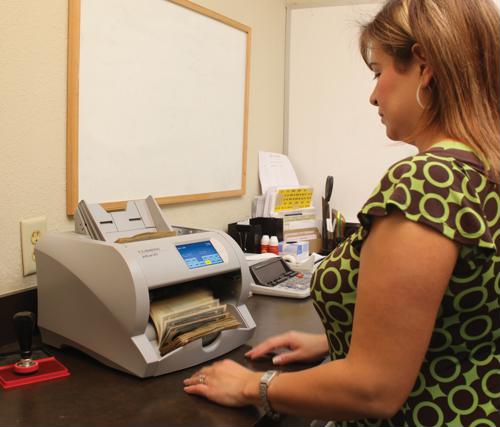 Money counters are great tools for both law enforcement and retailers to stop counterfeit money from taking over the regional economy. In recent years, counterfeiting efforts have become more sophisticated and scalable. While small-time operations may only involve hundreds of dollars in fake bills, that number could easily rise to the millions with the right amount of effort and type of equipment. Businesses and police must remain vigilant in the face of these changes, as any person can easily disrupt things by passing fraudulent cash. These machines aid in stopping criminals and keeping counterfeit bills out of registers.

The metro region of Austin, Texas is growing at a fast pace. Drawn by a combination of high-paying tech jobs, vibrant culture and warm weather, people are migrating to the region and either taking jobs or starting businesses on their own. This means a high degree of economic growth, but it also presents major opportunities for criminals in the right circumstances. Counterfeiters have the added benefit of a location close to the Mexican border, which allows for large-scale and discreet print operations that can disrupt the economy.

A recent arrest demonstrated this potential. Federal law enforcement arrested Austin resident Randolf Ace Corujo and charged him with forging and distributing counterfeiting U.S. currency. The value of the fraudulent bills, which Corujo allegedly distributed between March and July 2015, could reach $23 million. He is suspected of using counterfeit cash more than 160 times during those months at businesses around the city. If convicted, he faces up to 20 years in for each count of distribution, as well as five years for a related conspiracy charge.

In addition, law enforcement officials under the auspices of the Secret Service arrested William and Joshua Neal of Leander for passing, uttering and possessing U.S. currency. Pleading guilty, they faced sentencing on August 20.

With such a large amount of fraudulent money circulated in a metro region, it only makes sense that businesses invest in money counters. They utilize a variety of technologies that detect fakes. This includes ultraviolet rays that check the authenticity of the paper, infrared sensors that determine the print quality and analysis of the fluorescence of the paper. There are also standard sensors that detect various levels of magnetic ink, depending on the bill. These machines can help businesses stop counterfeit usage quickly and effectively.