Michigan casinos can use money and ticket counters to manage challenges 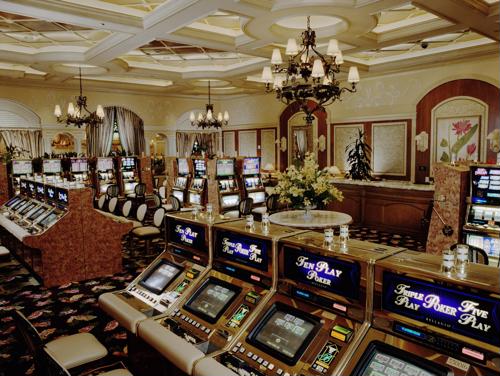 As Detroit looks for new ways to reach a recovery, money and ticket counters may come into play in local casinos. One of the ways that the city is trying to get out of bankruptcy is through casino cash, Reuters reported.

In 2013, Detroit declared the largest municipal bankruptcy in history at $18 billion. Casino taxes were once one of the highest sources of tax income in the city. However, casino revenue has been trending downward, and some think relying on casino taxes is a high-risk strategy. Casino revenue and traffic have been dropping around the country since the start of the recession in 2007, and Michigan casinos face unique competition from facilities in neighboring Ohio.

Industry challenges could impede the effectiveness of bankruptcy plans
A further drop in casino revenues could put Detroit's bankruptcy recovery at risk because it would throw the entire budget off track, according to the article. However, there is some debate about whether the decline is a temporary or ongoing issue. Although Detroit casinos can serve customers from southeast Michigan, northeast Indiana and northwest Ohio, state regulations limit casinos to three facilities per city.

Additionally, the industry faces further challenges because it has been difficult for casinos to attract younger gamblers. Currently, only a small portion of adults aged 21 to 35 regularly go to casinos. Older age groups are the primary visitors. Another issue in Detroit is that the city does not have the same entertainment and dining options as Las Vegas.

Lansing could see new casinos
The Sault Ste. Marie Tribe of Chippewa Indians from the Upper Peninsula of Michigan has applied for permits to build two new casinos in the Lansing, Michigan area, according to MLive. However, it is uncertain whether the U.S. Supreme Court will approve the permits due to existing agreements with other tribes and Detroit's bankruptcy plans.

Casinos in Michigan can use money and ticket counters to more efficiently process funds to avoid creating extra work. This could be beneficial as facilities undertake efforts to increase traffic. The time and cost savings could free up casino employees to focus on these new initiatives. To stay competitive, some casinos in the Detroit region are looking to make renovations, Reuters stated. This means operators will need to access funds as quickly as possibly.