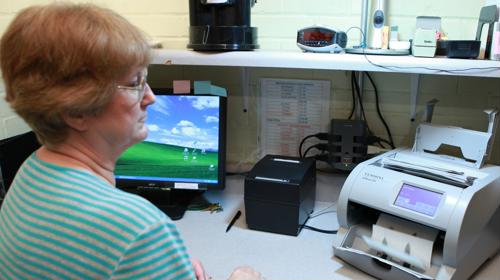 Municipalities often depend on equipment, including dual-purpose cash and check scanners, to automate tasks. These devices help to increase accountability, reduce the chances of financial mismanagement and improve operations within numerous local government departments. Those organizations that haven't made use of technology to improve cash handling procedures are at a greater risk of suffering financial losses and providing substandard public services.

Parks, Recreation and Waterfront department faces cash handling issues
According to a recent article in The Daily Californian, the Berkeley City Council received notification after an audit that several of its internal processes have resulted in financial mismanagement. More specifically, a 2011 investigation uncovered the fact that a former employee in the Parks, Recreation and Waterfront department had embezzled roughly $52,000. Although insurance covered $47,000, the agency likely can't afford similar situations to arise. In response, the city auditor recommended numerous changes to the way the PRW department regulates cash-handling policies. One piece of advice is making certain all employees who handle checks or cash are aware of and have read departmental regulations.

Another important step that the auditor recommended is integrating technology to help streamline the process and monitor activities as well. According to the newspaper, the finance and IT departments advocated using a single, centralized software system that tracks all cash collection. By integrating not only software, but dual-purpose cash and check scanning equipment as well, municipalities and departments can automate collections and verify that the amount coming in is accounted for and verified. It's a process that's been put in place in other government locations and has helped them create more efficient operations.

"When the tax commissioner brought in the JetScan iFX with the Deposit Balancing Manager, the agency was able to reduce costs 63 percent."

The Whitfield County Tax Commissioner in Georgia had a significant obstacle to overcome in the way it managed tax and fee payments while also making the best use of employees' time. Before integrating Cummins Allison JetScan iFX, the government office relied on cumbersome manual processes to collect and scan payments. For instance, the office collects 50,000 property tax payments for the city, county and state, most of which are paid by check. Meanwhile, it also runs upwards of 200 checks on a daily basis during the busiest months of the year. Between scanning and preparing deposits, the tax agency depended on two staff members working for roughly five and a half hours every day to perform these tasks.

When the tax commissioner brought in the JetScan iFX with the Deposit Balancing Manager, the agency was able to reduce costs by 63 percent. Operational expenses have dropped by $400,000 over 20 years, and the organization has been able to double productivity and increase revenue from car tags by more than two-fold, reaching $100 million. Employees were able to reduce the amount of time need for a redundant, costly task and redirect their efforts onto more important objectives. Most importantly, the equipment is easy to use and improves accuracy, which means the government agency doesn't have to worry about financial mismanagement.