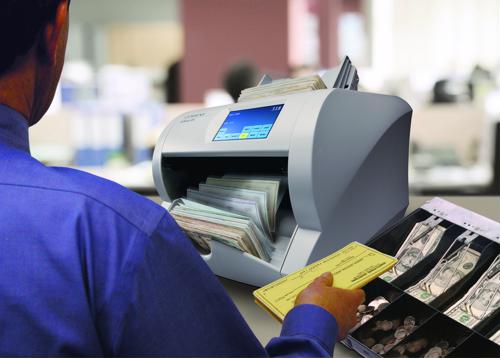 Dual-purpose cash and check scanners can help businesses better handle cash and checks during unexpected shifts in transactions. This can especially be the case for those who accept credit and debit card payments. In the coming months, many retailers in the U.S. are facing the looming prospect of a shift involving the chip-based credit card standard EMV. If these stores and shops fail to have EMV readers in place by October 1, 2015, they will be held liable for any fraudulent purchases made on site. This is pushing many to purchase new readers. However, the process of transitioning is a shaky one. Relying on cash as a back-up is particularly helpful when handling large amounts of business and consumer transactions during a rush season.

There are instances when EMV readers can fail, forcing businesses to switch to cash. In February, businesses in the southwest of England were faced with severe problems when chip-and-PIN machines, the primary means of completing smart card transactions in Europe, suffered a breakdown, according to The Bristol Post. The reason for this was similar to how credit card readers in a region tend to fail at any given time: A network run by Global Payments Inc., ceased functioning normally.

While temporary fixes held things together for a while, many stores and restaurants were forced to have all of their customers use cash. Places such as flower shops and upscale dining establishments, which were already attracting heavy transaction volumes, now had to push everything to cash, which likely slowed things down. It is in this situation that dual-purpose cash and check scanners come in handy in these situations because they speed up the counting process.

While these sorts of mishaps are to be expected even with the current magnetic stripe situation, the stress of having to switch to EMV to avoid being held accountable for fraud amplifies the issue and creates room for mistakes. As it stands, a major problem with the transition is that the readers are expensive to purchase for businesses with already low profit margins. The expense may be seen as too much for businesses for the time being. Utilizing dual-purpose cash and check scanners presents a safer and more affordable option that allows businesses to step away from credit cards until the EMV smoke clears.