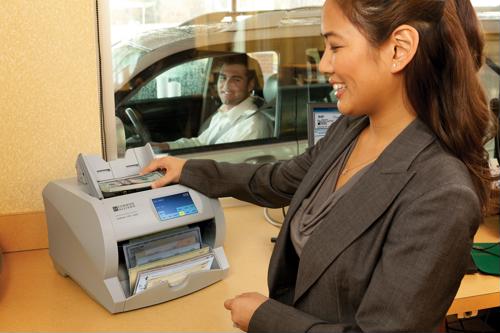 Dual-purpose cash and check scanners are great ways for store owners to identify counterfeit money. Retail businesses always have to be on the lookout to prevent fraudulent money from entering their cash registers. Having these scanners can help minimize the impact of these bills in regular operations. It will also keep an accurate balance of what was counted over the course of a given day. Fake currency is a real risk, so it's imperative for stores and shops to have the tools necessary to stay alert.

Sometimes, criminals can be clumsy and careless in utilizing counterfeit bills. Consider the case of one Florida man based in the Tampa Bay area. The man, who had a prior criminal history, was arrested on charges of possessing counterfeit money after being found with the equivalent of $137,600 in fake $100 bills, according to the Tampa Bay Times. What makes his case particularly interesting, though, was the extensive paper trail the man left behind. For example, he rented a car, but did not return it. He left the false currency in the vehicle, as well as the printer used to make it. He took a trip to a local Walmart, where he attempted and failed to steal printer ink. When he left the store, he saw a tow truck drive away with his rented vehicle, which was tracked through its GPS system. He was later arrested when the bills were discovered.

"It's almost an episode from a TV show, where it all gets wrapped up in a few hours," John Joyce, special agent in charge for the U.S. Secret Service in Tampa, told the Tampa Bay Times. "It was really just coincidence and good timing."

However, not every counterfeit bust comes through without harm to businesses. In Panama City Beach, four people were arrested and charged with possessing and uttering counterfeit bills, according to local NBC affiliate WJHG. The four perpetrators were found with more than $15,000 in counterfeit bills in their vehicle after a traffic stop. However, this only occurred after repeated reports of these bills being passed to stores around Panama City Beach, especially the Pier North Park area. Businesses should remain vigilant when it comes to these situations, and dual-purpose cash and check scanners can help.