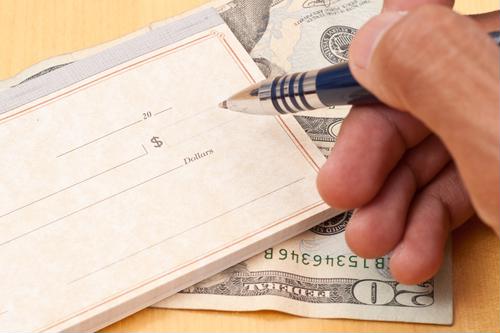 Consumers usually like to stick to the payment methods they're most familiar using, which means dual purpose cash and check scanners will be an especially handy tool for small and midsize retailers in the years ahead.

Alternative currencies such as Bitcoin have grabbed headlines in recent months, with many financial organizations questioning their value, legitimacy and security. While many companies have started accepting bitcoins as a form of payment, a recent article from Bank Systems and Technology cited a study from the market research firm GFK North America that found consumers have been generally reluctant to embrace Bitcoin. In fact, many Americans aren't even entirely sure what the cyrptocurrency is. The report concluded that 76 percent of Americans claimed they weren't familiar with Bitcoin. Seventy-nine percent said they wouldn't even consider using it if they had the option.

The New York Times reported that one of the major companies behind the spread of the alternative payment method has experienced a variety of glitches in its software program. These issues could continue to damage the reputation of this alternative currency experiment.

Because consumers have indicated they have no real plans to utilize Bitcoin any time soon, small and midsize retailers can benefit from automated tools such as dual purpose cash and check scanners that streamline some of the most time-consuming back office processes. Counting large quantities of cash and manually sorting checks for future deposits can have a negative impact on overall efficiency. However, one machine can easily complete all of these tasks, allowing employees to make better use of their shifts throughout the day. Retailers may be comfortable handling these traditional forms of payment, but innovative technology can uncover new cost-saving opportunities that position their organizations for growth in the long run.