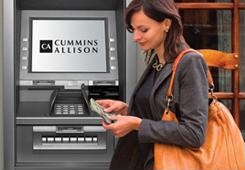 The use of ATMs continues to grow around the United States, and financial institutions are looking at adding the cash dispensers to their array of customer services. An article in the Credit Union Times reported that three million of the machines will be deployed around the world by the end of next year.

Billions of dollars dispensed annually
The ATM Industry Association (ATMIA) said nearly $8.6 billion will pass through all the ATMs in the world and into consumer hands. The report also estimated that the number of cash withdrawals from an ATM would spike by 7.9 percent through the year 2017.

How can the ATM experience be better?
While the technology on ATMs is state-of-the-art, experts are looking to make the minute or so consumers spend at the machines more engaging . An American Banker report described how allowing the machines to dispense one and five dollar bills is a step toward making the ATM visit more interesting. The article also described how one credit union deployed a video ATM that provided a customer link to financial experts who could help them with their needs. Now the ATM sector is exploring ways to attract the disenfranchised and people who don't use banks very often. David Tente is the executive director of the ATMIA and said that ATM technology is ever-improving.

"The knowledge and awareness of what can be done at the ATM is something we are advocating for," noted Tente.

Customer service is a major factor in how financial institutions retain their client base. State-of-the-art ATM Machines enhance the overall experience of the long-time customer and are an added incentive for new consumers to discover what user-friendly solutions the institution has to offer. That leads to an additional level of client retention for the bank or credit union.