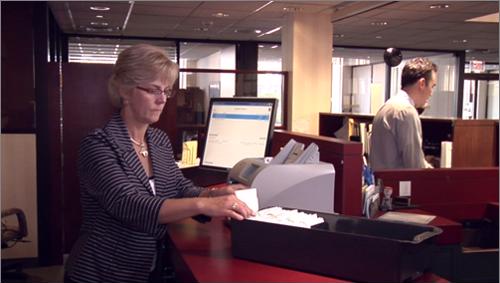 Dual-purpose cash and check scanners are making a difference in the United States. A recent study by the Urban Institute showed that 1 in 3 Americans have debt problems so large that they have one or more accounts in the collection phase. To break the numbers down even more, that's 35 percent of people with a credit file have some sort of major debt scenario. Because of this, many consumers are switching to cash or checks instead of credit cards, and that bodes well for savvy credit union managers who deploy dual-purpose check scanners to more efficiently perform back-office tasks

More Americans are using credit unions
A recent study by the Credit Union National Association showed that, nationwide, more than 100 million people have joined a credit union. That's the most ever, according to the Association. Pat Keefe, of the CUNA, said those numbers are an accurate reflection of the American mindset.

A Wall Street Journal report said because most American businesses use checks to pay their bills, credit unions are uniquely positioned to serve customers who are opting to pay with cash or check instead of wracking-up more card debt. Having a dual-purpose cash and check scanner can help drive traffic to a business that provides state-of-the art counting equipment that speeds accuracy and efficiency.

With individual credit card debt averaging 5,318 per person in the United States, according to the Urban Institute report, it's no surprise consumers are paying more with checks and cash. Smart credit union managers can stay on top of this trend by utilizing dual-purpose cash and check scanners to streamline back office processes and save time depositing checks and counting cash.