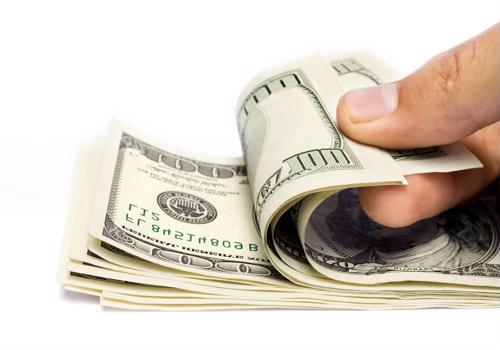 Counterfeit bills are making their way into the U.S. market at a faster pace than ever before, and money counters can provide better protection against this risk for business owners. Digital printing technology has made it easier for individuals to print fake currency at home through various methods. Home printers and scanners have significantly advanced in resolution capabilities in the last few years, which can make it more difficult to detect a forgery with the naked eye. In the past, counterfeiting operations were typically limited to large-scale rings with a printing press.

Another major shift in counterfeit currency is the presence of smaller bills. Previously, the main targets for fake money were $50 and $100 bills. Now it is becoming more common for people to pass $5 and $10 bills. In fact, a significant number of illegitimate $10 bills were recently uncovered at several businesses in Charleston, West Virginia, according to The Lincoln Journal, a local news source.

The issue with smaller dollar amounts is business owners or employees may not think to look for the common signs of counterfeiting they would check if they received a higher-value bill. In particular, the serial numbers can be a sign that the money is illegitimate. In the case of the $10 bills in Charleston, the same serial number was used repeatedly.

Businesses need better ways to mitigate risks of counterfeit bills
Another common method of detecting counterfeit bills is by the feel of it. Legitimate currency has a particular texture because of the material used in the printing process. While amateur counterfeiters are not always able to access the same paper, others have found ways to scrub the ink off a lower-value bill and reprint a higher denomination on the same material.

U.S. currency, as well as money in several other countries, has specific patterns of dots or zeros that can be used to tell real bills from a forgery, Matador Network stated. This design is referred to as EURion, and it can be recognized by scanners and money counters to detect fake money.

Cash counters can help businesses guard against the risks of counterfeit money. Depending on the company's needs, there are a variety of solutions with different capabilities, such as magnetic sensing and enhanced ultraviolet light. As counterfeiters find more sophisticated means of producing fake bills, businesses need tools to protect themselves.