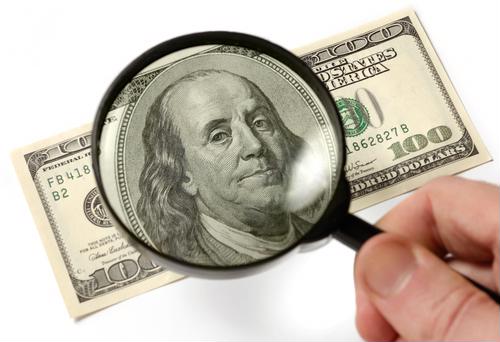 While it's clear that counterfeit money remains a problem in the U.S., as evidenced by the need for law enforcement cash counters, many people may still be unsure of what to do if they are given counterfeit currency.

Consumer Reports Online states that if you believe you've been given counterfeit cash, it's vital to take action, as you could be accused of criminal activity if you simply try to use it as regular currency. If the money comes from a bank or business, it is recommended that you talk with a representative before leaving the location. However, if you receive the money from an individual, you should call the police.

Meanwhile, if you're ever accused of using counterfeit money, you should also contact the police, according to Consumer Reports Online. First, you may have a chance to recover your money if it turns out the merchant is wrong. Secondly, if you take the money back and spend it somewhere else, you can be held liable for criminal activity.

If you are ever to be paid in a large amount of cash, it's best to opt for a check or money order to reduce the risk of being given counterfeit money.

Counterfeit crime getting worse
Data shows that nearly $90 million in counterfeit dollars was seized in 2013, a sizeable increase from the previous year. Counterfeit arrests have also seen a significant rise.

With this type of criminal activity expanding, it's vital for law enforcement to have money counters that can streamline processes and make their jobs easier. JetScan iFX currency scanners are shown to reduce time spent counting currency while also providing high-quality performance. With law enforcement agencies constantly searching for ways to cut costs and save on time, such devices could be an ideal solution.