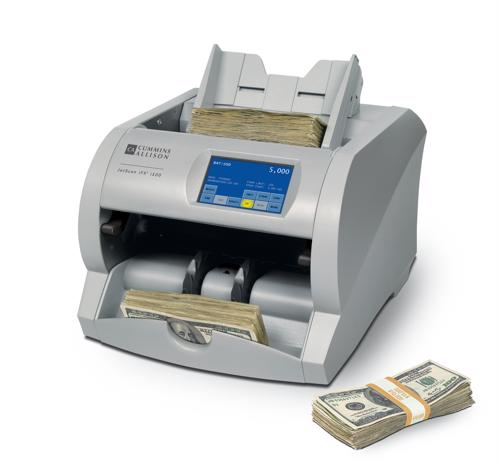 With cash still king, money counters remain an important aspect of any retailer's needs. The large number of transactions made with bills rather than plastic or checks makes it important for businesses to have a machine that sorts the money at the end of the working day. In the event that card systems go down, the surge in cash usage will necessitate these machines. In addition, they are less liable to cause fraud more immediately identified with card swiping and other tactics.

Many futurists point to different concepts that will lead society out of a supposed cash-based dark age and into the civilized cashless world. One of these technologies is contactless cards. Commonly used in the U.S. in the form of key fobs or fare cards for use in public transportation, the transition to the EMV smart chip standard in debit cards will eventually become more widespread. This method of payment is already used heavily in the United Kingdom and other parts of Europe.

However, security issues remain with the use of contactless cards, to the point that stealing money from other people may be easier than picking their pockets. British consumer advocacy group Which? attempted to steal consumer credit card information through the contactless system. Using a set of easily obtainable card readers and decryption software, the agency was able to read the card number and expiration date from all 10 cards they tested. The group uncovered a deeply critical flaw in the way these systems work. More importantly, after this occurred, they were able to complete credit card purchases at a variety of stores, all without using the cardholders name or the card's CVV security code.

While it may be many years before contactless debit and credit cards become popular, the fact that their security can easily be breached through equipment that anyone can purchase should give retailers cause for concern. With this in mind, retailers should continue to trust cash as their primary method of payment. With cash counters on hand, the extra volume of transactions makes it easier for these shops to sort the money at any given time, such as the start and close of every work day as well as between shifts.