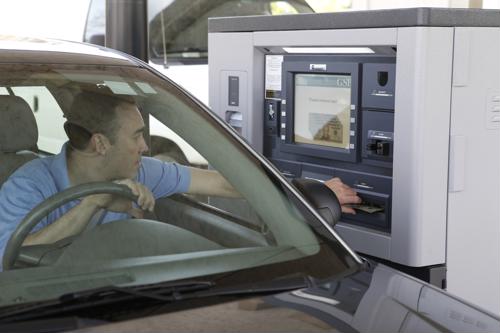 A big change has been Microsoft's decision to remove itself from the supporting role in providing security maintenance for ATMs using the Windows XP operating system. It's essentially a forced migration to the most recent software - Windows 7 - which puts banks and credit unions in an awkward position, deciding whether to upgrade or purchase new machines entirely.

Changes to the ATM market

One of the biggest evolutions looming over the ATM market is the transition to EMV cards and the confusion among federal government policymakers about how to best proceed with regard to routing solutions. The Federal Bank's implementations resulting from the Durbin Amendment were struck down by a U.S. District Court, which makes it difficult for many financial institutions to develop a clear strategy. In connection with this, every machine purchased after April 2014 must be equipped with the most up-to-date electronic PIN pad. It will require banks and credit unions to either replace existing PIN pads or buy new ATMs altogether.

What options do financial institutions have?

Because of the demands for upgrades to PIN pads and operating systems, it's likely that many banks and credit unions will need to purchase new ATMs. However, choosing new equipment shouldn't be a decision made lightly. ATMs help to establish brand recognition among consumers, especially when many transactions are carried out away from bank branches or outside of regular business hours.

Financial institutions should consider their customers' needs based on the location of the ATM. For instance, the Cummins Allison H48ND full-function island ATM is an adaptable machine that can be installed in a drive-up lane. In reality, this ATM provides customers with access to the most common financial services rendered in a bank or credit union. This includes paying bills, bundle cash dispensing, money transfers and adding funds to a prepaid card. The H48ND is also easily upgraded, especially when a bank or credit union wants to add EMV software or Windows 7 functionality.

Dealing with changes in the financial services market can be complicated, especially when new government regulations and requirements are put in place. Banks and credit unions need to assess their existing ATM networks and consider their options before putting a plan into action.