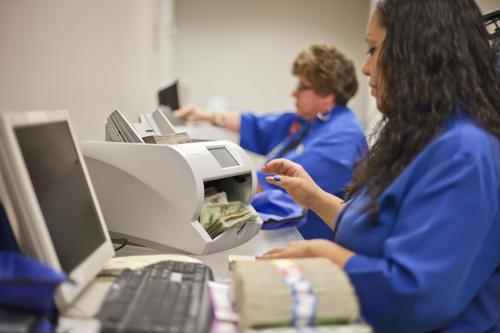 Money and ticket counters can help casino owners prepare their operations to improve revenue in the future. The gaming industry has struggled to attract business in the years since the Great Recession transformed consumer behaviors in the U.S. According to data compiled by the U.S. Bureau of Labor Statistics, Americans have left little room for entertainment spending within the last three years. This means individuals may be less likely to attend casinos to play gambling machines or enjoy other events and attractions. As a result, managers at these institutions are working hard to improve revenue.

Casinos look for ways increase profits
A recent article from Rapid City Journal, a daily newspaper based in South Dakota, reported that the state government recently approved a ballot measure that allow residents to vote on whether to allow the casinos in Deadwood, S.D., to offer more games. Currently, the casinos have slot machines, poker and blackjack. However, to make up for weak profit margins in recent years, gaming industry supporters wants to introduce additional games such as roulette, keno and craps. January revenue for the town's casino industry was 3.8 percent lower than it was during the same month in 2013. These new games would help the establishments compete more directly with similar institutions in nearby states such as Colorado and Iowa, even though businesses in those states are having problems of their own.

The Gazette, an Iowa-based newspaper, indicated that the introduction of a proposed casino in Cedar Rapids would likely have a negative impact on the overall revenue of existing gaming establishments nearby. One national consulting firm concluded that two of these institutions would each lose more than $20 million in revenue by 2017 because of the increased local competition.

Even though profits have been so hard to come by for casinos, managers can invest in automated tools such as money and ticket counters to eliminate waste in their back office operations. Reducing overhead costs by using machines that can both count cash and process barcoded tickets has the potential to soften the negative effects of the current economy. Because employees will no longer have to devote several hours of their shifts to completing these tasks, gaming businesses can instead focus on boosting efficiency and preparing themselves to take advantage of future profit opportunities as soon as they arise.