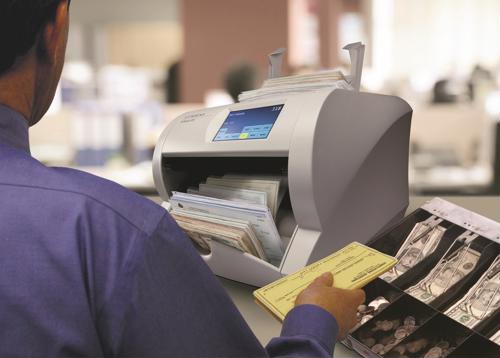 With cash scanners, businesses are better able to sort and identify various denominations of money, making it easy to count them at certain points of the day such as opening and closing. More importantly, they're able to identify new bills clearly and consistently. While new dollar bills are infrequently produced, they're still something important to pay attention to, especially if the new bill looks radically different from what came before. Businesses should educate themselves about new bills any time they appear, so as to not suffer from problems with customer service and possible counterfeiting. These counters help alleviate the issue by recognizing changes to the dollar bill at any given time.

New $10 bill will be readable by cash scanners

Over the last several years, several changes have been made to key bills such as the $50 and $100 as measures of protection against counterfeiting. The most recent redesign, the $100 bill, began circulation in 2013. The United States Federal Reserve, in conjunction with the Department of the Treasury, are the key stakeholders in any change to the country's paper currency.

Now the Treasury Department is considering changing the $10 bill, and with it comes a significant alteration that has nothing to do with security. The design of the bill will be altered so that the face of the bill will be a notable woman. This will be the first time since Martha Washington appeared jointly alongside George Washington in 1896 on a one-dollar silver certificate and the first time since the dollar bill reached its current size that a woman has appeared on any American paper currency.

According to the Wall Street Journal, the current agenda is that a historically-famous woman will appear on the front of the bill as part of a total redesign. While Alexander Hamilton, the current face of the $10 bill, will no longer be the front portrait, Treasury Secretary Jacob Lew suggested that he will appear in some capacity in the redesign. Currently the Treasury Department is requesting ideas for who should be on the $10 bill. Among the leading candidates include Harriet Tubman, Eleanor Roosevelt and Elizabeth Cady Stanton. The department expects circulation of the new bill to start in 2020.

With the new design imminent, businesses should prepare through education and ensuring their tools will recognize the new bill. Cash scanners, using imaging technology, will be able to identify the $10 bill in whatever form it takes through a firmware update. Such a process makes it simple for retailers to adapt to the new changes.