Cash counters give businesses an extra defense against counterfeiters 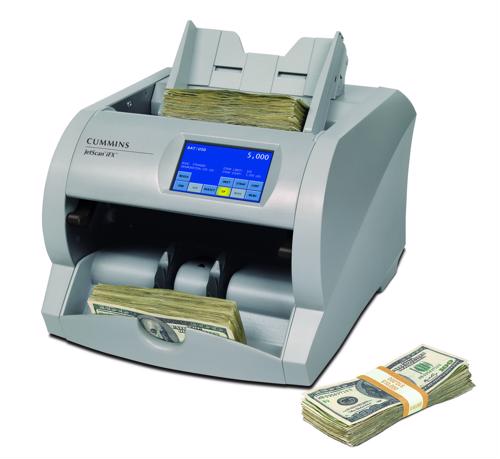 With cash counters, retailers have a distinct advantage in identifying counterfeit money. While standard means of holding up bills and using special lights and pens to identify counterfeits can make people feel uncomfortable, these scanners are able to perform this act behind the scenes. This allows stores to maintain a regular flow of operations without getting anyone concerned. If there's reason to suspect that fake bills are being passed along, the equipment can be used to find that out and then link certain customers to the cash in question, allowing law enforcement to take care of the rest.

In certain areas of the country, counterfeiting has been hampering retailers. Authorities near Syracuse, New York, claimed that at least $100,000 in counterfeit bills have been passed over the last 12 months, according to the Business Journal News Network. That's only the amount that has been identified, meaning that there could be hundreds of thousands more in circulation as of this time. Over the last month, at least 10 stores within the region reported counterfeit transactions to the authorities.

The primary counterfeit bill that is being circulated is the $100 denomination. A new edition of the bill only entered circulation two years ago, despite being introduced in the year 2010. Its design is quite different from the last edition made in 2006. The new series displays unique colors, stripes, large type for the visually impaired and other features designed to mitigate counterfeiting. However, because the bill remains so new, criminals are able to take advantage of the ignorance from both retailers to put counterfeit notes into circulation. Many of the recent counterfeit transactions often involved variations of this new bill to either buy new items or get real cash from change.

As noted by U.S. Senator Chuck Schumer of New York, the issue isn't usually spotted until well after the transaction is completed, such as when an employee makes a bank run and is unable to deposit some of the bills. By then, it's usually too late to recoup the loss, since the business would have a hard time identifying the customer that likely used the bill. However, with money counters, this problem is better handled through advanced counterfeit detection systems to indicate what bills are fraudulent ahead of time. Stores then have a chance to find out who gave the counterfeit bill and recover their losses.