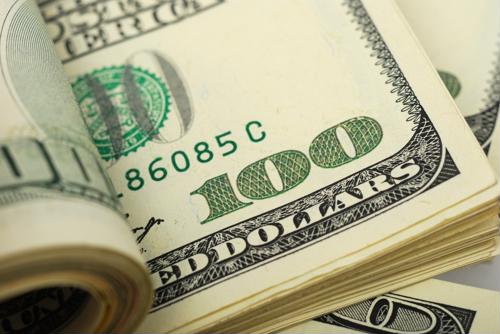 Counterfeit currency is increasingly becoming a problem for small businesses and law enforcement agencies, and money counters can provide better protection against this risk. This is especially important because illegitimate bills only need to change hands once for the holder of the bill to lose the value of it.

A large amount of fake cash has been cropping up at garage sales in Kansas City, Missouri, according to local ABC affiliate KSPR. The article cited the example of one woman who runs a successful garage sale business in the city and is concerned about the increased counterfeiting because she only accepts cash payments. She never worried about lower denomination bills before, but Kansas City police have recovered $20 and $100 bills.

Some of these counterfeit bills can be detected with the naked eye, but some are more sophisticated, and business owners may not know they accepted fake money until they try to deposit it at the bank.

One of the methods of producing counterfeit currency is by washing the design and ink off smaller denomination bills and then re-printing it as a $50 or $100 bill, the article stated.

Money counters improve counterfeit detection
There are several different ways to detect illegitimate money. The Kansas City Police Department's Forgery unit advised business owners and people hosting garage sales to look for serial numbers, NBC affiliate KSHB reported. If a customer attempts to pay with two bills that have the same serial number, they are likely fake. Additionally, texture can be a giveaway because many amateur counterfeiters print fake bills on regular paper rather than the cloth-based kind used for legitimate bills.

In addition, the Kansas City police have advised individuals to purchase counterfeit detecting markers, which do not leave a mark when applied to to real money. The marker leaves discoloration when used on wood-based paper.

However, these tools only work to successfully detect counterfeit bills 40 to 50 percent of the time, which leaves business owners at risk. This is especially true when counterfeiters wash bills and reprint higher denominations on the same paper. Cash counters offer stronger protection against fake currency because they use industry-leading technology to read and record the serial numbers on bills at a rate of 1,200 bills per minute. This technology is becoming increasingly important as counterfeiting reports continue to pop up around the country.