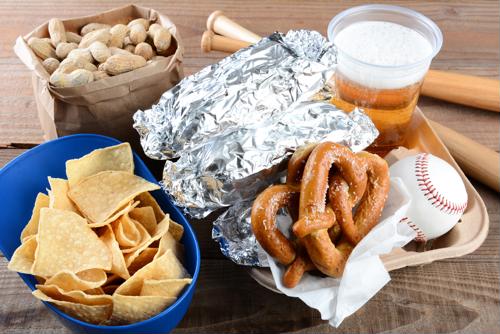 As baseball season gets underway, concessions can afford to make use of cash counters. It's a great way to quickly sort money after fans pay for food and drinks. Of course, ballpark menu options have gotten more sophisticated in the last 20 years. As the price of a ticket goes ever higher, there comes with it a need to have more class and creativity when it comes to refreshments. If concession stand operators wish to take advantage of more thrifty customers, a combination of intriguing cuisine and cash counters to help keep money rolling can be a great benefit.

Baseball teams around the country are taking different approaches to drawing fans' attention and cash through concessions. In the case of the Boston Red Sox, the team opened up a rooftop garden named Fenway Farms in conjunction with the season's home opener at Fenway Park recently, according to tech blog Bostinno. It will provide homegrown fruits and vegetables that can then be used for concession items throughout the season. With some staples changing throughout the year, there's a benefit for fans to come back later on to try something new and exciting.

While Boston's garden variety of concessions will cater to a more upscale clientele, other teams are looking to outclass others in terms of outrageous yet ridiculous treats, as noted by food blog Grub Street. For example, Philadelphia is offering a nine-patty cheeseburger made by local chain Wayback Burgers. In Arizona, there is the Churro Dog, which is a cinnamon churro wrapped in a donut topped with ice cream. Even the minors are going major in eatery artistry, with the Wilmington Blue Rocks offering a Sweenie Donut Dog, combining Dunkin' Donuts with bacon and hot dogs in one glazed package.

With such treats available to fans, there is bound to be an increase in concession sales overall. Cash counters can come in handy in this situation for fast and expedient handling of cash. Fans will be coming fast and hard, especially between innings as they seek to get some food and try to get back to their seats before the next pitch is thrown. Spectators are always happiest when they are able to watch the game instead of wait in line for food, and they'll appreciate that their favorite team comes with impeccable customer service at the concession stand.