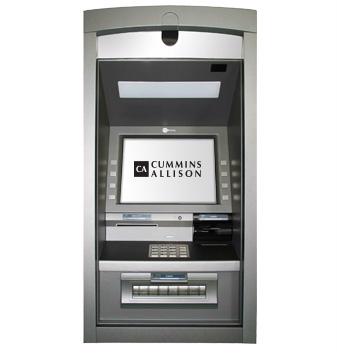 Banks that have yet to upgrade their ATMs to be EMV-compatible need to take action soon.

The EMV liability shift in October 2015 caught many retailers and financial institutions off guard. The new standard involved new payment terminals, reissuing new cards to consumers and an overall re-education of how to pay with plastic at a cash register.

Though the transition to EMV was, and continues to be, a bumpy ride, more retailers and banks have gotten onboard with the new standard. According to EMV Connection, about 90 percent of American now use chip-enabled cards, and one-third of businesses accept them.

EMV compliance is a work in progress for ATMs

Luckily, it seems banks are being more proactive about ATM compliance than merchants have been about their own payment terminal upgrades. While approximately two-thirds of merchants haven't incorporated this technology into their locations, an estimated 80 percent of ATMs will be compliant by the end of 2017, ATM Marketplace reported. Even more have made steps to determine the best way to go about making changes.

"Based on the ATMIA 2016 ATM Channel EMV Readiness survey, nearly 90 percent of U.S. ATM owners have performed hardware and software analysis or made purchases needed to upgrade or replace their ATMs in order to support EMV," Terry Pierce, senior product manager for Co-op Financial Services, explained to ATM Marketplace.

ATM fraud should be a key motivator to upgrade

Financial institutions are constantly making efforts to reduce the chances of fraud for their consumers. One of the biggest risks is ATM skimming, with 68 percent of ATM owners and operators citing this as their No. 1 fraud-related concern, according to an ATM Marketplace survey.

Skimming truly is a growing issue that needs to be addressed by the payments community. Its prevalence increased more than 500 percent between 2014 and 2015, according to U.S. News & World Report. Additionally, as much as $2 billion every year could be lost to skimming scams.

One of the best ways to make a difference in this growing problem is upgrading to an EMV-compliant ATM.

In addition to cutting down on risk, upgrading to a compliant ATM can also save owners from extensive fees should fraudulent behavior be carried out on one of their machines.

"If your ATMs are not in compliance with these mandates, you will be liable for any fraud that occurs when an EMV card is inserted," Pierce said. "Consider also that, as EMV becomes more common at the ATM, machines without its protection will be even more susceptible to card skimming. You do not want to be the last holdout."

By upgrading to an EMV compliant ATM, such as those offered by Cummins Allison, banks aren't just keeping their customers' finances secure; they're protecting their own, too.