ATMs a viable standby as millennials take up debit cards 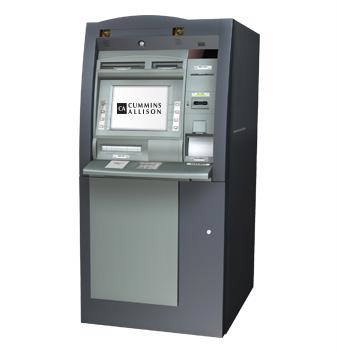 With ATMs, banks have the opportunity to bolster the number of customers with debit cards. While many banks face challenges from issuing these cards due to federal regulations, such as the Durbin Amendment of the Dodd-Frank Act, the convenience factor of using plastic to withdraw cash at these machines offers financial institutions different ways of increasing their consumer base. Many patrons are becoming convinced of the ease of not only being able to withdraw cash, but also perform other functions such as depositing checks. This lessens the need for bank branches, if they're necessary at all. For certain age groups, this comes as a boon.

One of the major factors that drew customers into debit card banking in the first place was the use of rewards programs. Similar to credit card systems, companies would shower customers with reward points that in turn would be used to receive prizes or cash. However, the Durbin Amendment caused that concept to inevitably decline, since the programs were funded in part by the now-reduced interchange fees made with each transaction.

Still, these programs have seen some form of resurgence in recent years, and consumers are pushing it forward. The primary source of interest in this field is the millennial generation. Digital Transactions cited a study by research firm Mercator that found debit usage increased in 2014 after a three-year decline. The likely cause of it was a revival of rewards programs at several banks, motivating people to sign back up. Helping matters in this field is the fact that there are more rewards programs heavily funded by merchants themselves. Another matter is that 51 percent of young adults aged 18 to 34 are interested in using debit for the rewards, in comparison to 38 percent of all age groups. The most common reward requested was cash.

With this in mind, there are many ways for banks to raise debit card use for customers of all ages. Through ATMs, these systems allow banks to take on the new customers in different ways. In some cases, they allow deposits of checks that convert into money quickly. In a time where millennials are more interested in doing as many things as they can by themselves, self-service systems, such as ATMs, present viable opportunities to develop into a one-stop banking experience. That improves customer service and makes them loyal consumers to the brand.